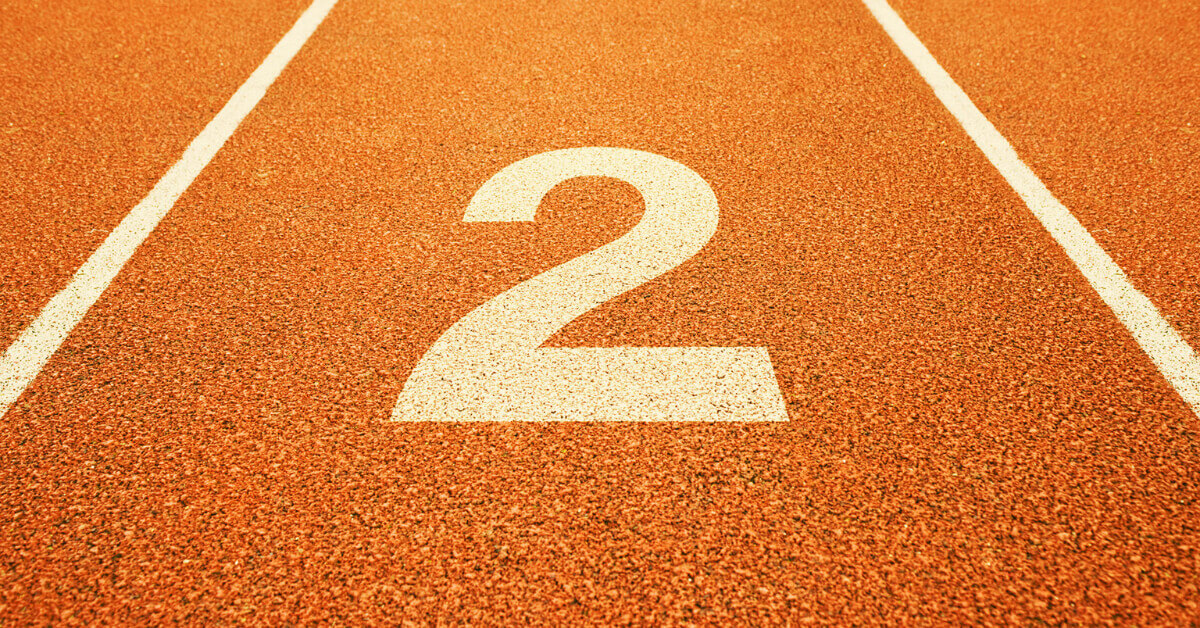 At least once in everyone’s life, we have all demonstrated the qualities of the number 2. How many of you have had to play warden while trying to calm down children who are engaged in combat? How many of you would have preferred a root canal to having to speak in public? Do you find yourself running around with your hands cupped over your ears yelling “La, la, la, la, la, I can’t heeeear you!” Yes, each one of us can likely identify with having some of these all too common “two” tendencies.

While the number one is the number of the independent, pioneering, prefer to work alone type, the number two represents the need to have companionship. By its very nature, the two represents two parts of one. It stresses companionship and the need to become the peacemaker within groups. The two is far more sensitive than the one alone. Those with a two life path number tend to have a quieter nature. They hold an almost magical radar system which allows them to tune into not only their own sensitivities, but also those of others. It’s important to realize that people sharing a life path number of 2 feel chaos more so than others. They thrive in a peaceful, harmonious environment. Their digestive and nervous systems generally suffer in disharmonious atmospheres. They are the epitome of “two is company but three is a crowd!”

It is not uncommon for a person with a Life Path #2 to suffer from periods of depression. I believe this comes from the exceptionally high standards they set for themselves. Often times when we set impossible standards for ourselves, it’s natural to fall to moodiness and depression when we don’t measure up to our own expectations for ourselves.

2’s prefer to stay away from the limelight. They are often the driving force behind very successful people who are found in the limelight the 2’s so often avoid. They are quite satisfied knowing they were an integral part of a successful team effort. They are team players who prefer to work with others.

Are You In a Personal Year of 2?

If you are a 2 life path in a 2 personal year, you may feel somewhat like living with your brakes on! You wonder just what happened to all that energy you had last year! Why am I so tired? Why am I feeling so much less motivated than last year? The universe parents us well! When we enter a 2 personal year the universe makes us sit in our time-out chair. The 2 year asks you to sit on your plans. It forces you to wait, rest and reevaluate where your life is going. Understanding this influence is the difference between sailing through a 2 year and riding on an ice breaker through solid water! I much prefer sailing!

Remember that personal years are cycles that rock back and forth between energetic trends and lethargic ones. The 2 year asks you to rest after the many activities of a one year while preparing and restoring you for the fast pace of the 3 year ahead.

For more info on the 9 year epicycle click HERE

The vibration of the 2 as a birth day number can be very useful to someone who is born with a more aggressive Life Path # like a 1 or an 8. It tempers the “edginess” around these #’s offering a gentler approach to life. The 2 energy is soft and inviting and can make a person seem more approachable than without the benefit of the 2.

When I used to work out in the corporate world, I had the advantage of understanding my co-workers. You can call it my secret weapon! When one of them pitched a fit while kicking the photocopier I could quietly sit back and say to myself…”Uh huh…that’s the 2 energy coming out. You need to step back from the photocopier and learn some lessons around patience my friend!” Knowing the birth dates of your family, friends and coworkers makes it much easier to coexist with them on a daily basis. Why is Joe all of a sudden really distant? Maybe he just moved into a 7 personal year which is the year we tend to quietly reflect on life. Why has quiet Mary all of the sudden just turned into Chatty Cathy?! Maybe she just moved into a year of 3 personal year which is the year of communication.

You Can See 2 Energy in a Person’s Hands

You can often detect 2 energy in a person’s hands. Look at their index finger. Is it bowed? Does it look somewhat smaller in stature than the other fingers. Does it appear a bit “wilted?” These are signs of a person feeling powerless. Due to the quieter nature of the 2 this is often the case. Now, look at their ring finger or “Apollo” finger. Is it low set into the palm? That can mean that it’s hiding from the spotlight. Remember that the 2 hates the spotlight. The ring finger is the one that expresses a need or a dislike for the spotlight. Now, look at the baby or “Mercury” finger. Is it bowed and bent? This might indicate difficulty in speaking up for themselves. This can often be the case with a 2 energy. They’d sooner sit quietly in the background and be the supporters, not the leaders.

Although the 2’s can be wonderful drama queens, often blowing things way out of proportion, they are still the sweet and gentle souls that remind us to be good to one another. We could all use a dose of sensitivity once in a while! Snuggle up beside a #2 today. You’ll be glad you did!